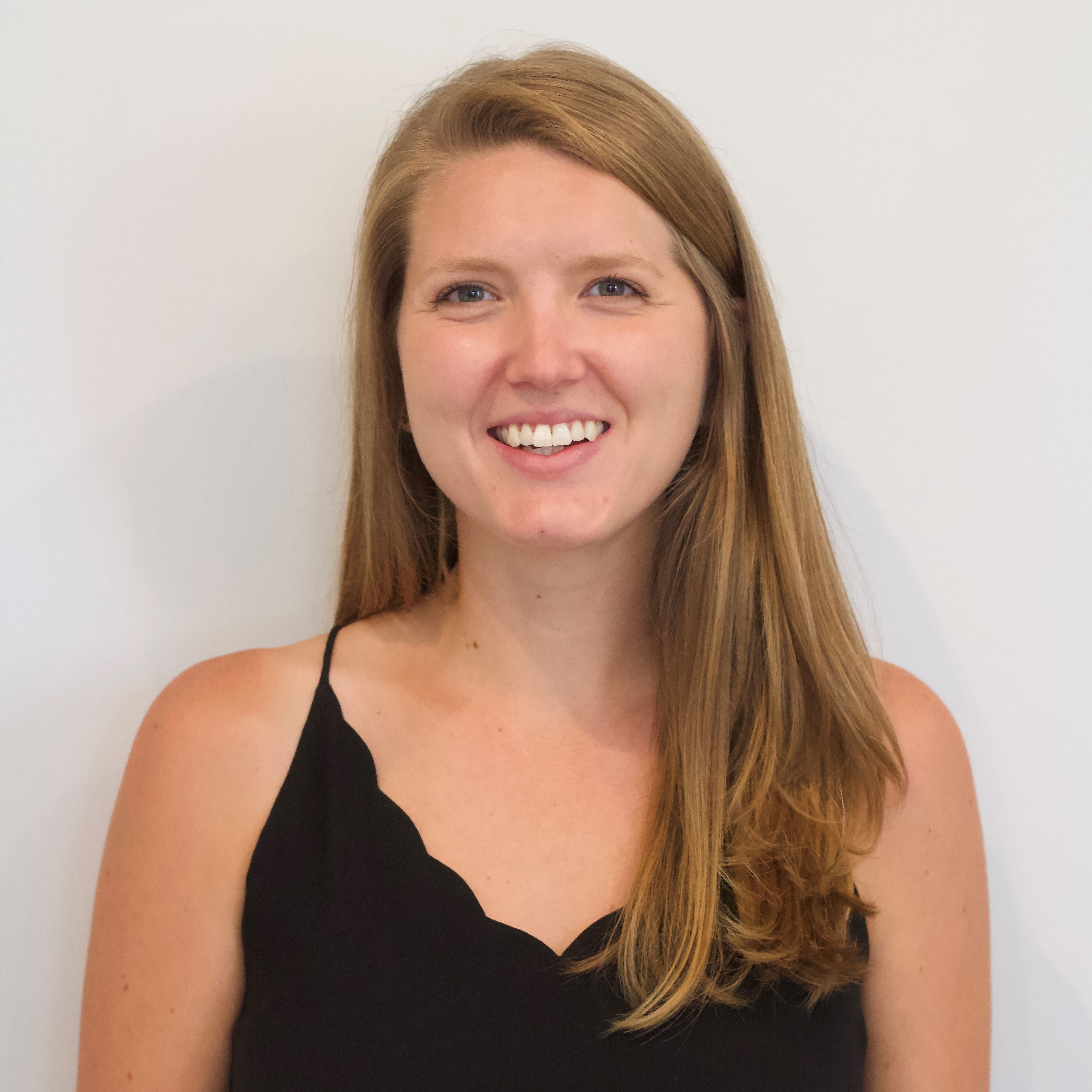 About Menu
Bishard Homes is a company of professionals who produce the successful collaboration of skills, ingenuity, and knowledge that only comes with extensive experience. While our team members come from all directions with diverse backgrounds, they share a common passion for building homes and achieving excellence in customer service. Get to know each of us a little here, so we might have the opportunity to get to know you soon.

After separate careers as a  Certified Public Accountant (John) and a Sergeant in the Virginia Beach Police Department (Steven), the brothers joined forces in 1997 to formulate a new business, Bishard Homes. The brothers saw Bishard Homes as on opportunity to combine their creativity, ideas and business savvy with their love for community. Since 1997, Bishard Homes has grown in both name and reputation, dominating the market for new construction in Virginia Beach.  Their overarching passion is to serve God and their community, and to that end they strive to provide excellent service to each and every homebuyer.

Bob Deacon has worked for Bishard Homes since 2003, managing, overseeing and organizing the personnel, purchasing and operations it takes to build a home from planning to foundation to final sale. With 15 years' experience in the homebuilding industry, Bob holds his Class A Commercial and Residential Building Contractor’s License in 14 U.S. States and Territories, as well as a Bachelor of Science from Chowan University.

Kim graduated from Old Dominion University with a degree in English with an emphasis in linguistics.  She has enjoyed working for the company since 2009, starting out as a part-time office associate while raising her two sons.  While currently serving as our full-time Project Coordinator,  Kim works to ensure projects adhere to frameworks and all documentation is maintained appropriately for each project.  She handles the logistics and communication in obtaining city permits and utility setups.  Moreover, she gathers information in pre-con and post-con meetings making any necessary adjustments in maintaining our project documents from architectural plans to purchase orders.  Kim's attention to detail and effective communication skills ensure that our many construction projects are moving ahead.

After receiving a Bachelors Degree in Religious Studies from Regent University and working as a waiter and sushi helper at a local restaurant, Josh joined the Bishard Homes team through one of the things we know best- friendships. Building a relationship with CEO, Steve Bishard, Josh became his Executive Assistant in the office. In the several years since joining the team, his role has expanded- taking on major roles in land acquisition, plan development, community design, and working with the City of Virginia Beach, local Civic Leagues, and communities to lay the foundations for all of our newest projects in development. Josh brings energy & life to the office like none other and is constantly hard at work creating new opportunities for Bishard Homes to serve the local community with housing.

Josh earned his Bachelor's of Marketing and Management from Old Dominion University in 2011. From there, he went on to use that degree while working for Enterprise Rent-A-Car in Sales and Management, before moving on to a job as a Project Manager and Estimator for Jenkins Restorations. Here at Bishard Homes, Josh has used his skills to fill a similar role for the past three years. Josh supports the Bishard team by overseeing Sales and Marketing, as well as constantly searching for new ways to expand the reach and development of the company. He also specializes in our "Have a Lot Program", walking our homebuyers through the process of semi-custom home building- with our model homes in an area they love. When it comes to the workplace, his favorite feature is the fact that Bishard Homes operates as one large team, rather than departments. In his own words, he says, “I am glad to be a part of the team and could not ask for a better work environment”.

Hayden earned her Bachelor of Science in Business Administration from Liberty University, with a focus in Digital Marketing & Advertising. She joined our team in 2017, and has since handled the marketing aspects of Bishard Homes, both online and in-person. You'll find her creating signs, flyers, graphics, advertisements, managing digital marketing and brand awareness efforts, and conducting research on how to better serve our homebuyers and create the homes our customers love to live in.  She also specializes in the interior & exterior designs you see throughout our homes and neighborhoods- carefully selecting materials & colors that suit our homeowners and the communities they live in. Buying a pre-sale home? She's the face you'll meet with to select the finishes on your home. She loves the dedication our company has to service within the community - not only creating houses but also creating community by partnering with local organizations and individuals.

Andy received his Bachelor's Degree in Business Administration from Bob Jones University in 2018 and now serves our homebuyers as the company's Warranty Manager. Known as a friendly and efficient face to all of our homebuyers in need of assistance, Andy handles any and all needs of our customers when it comes to warranty claims. Usually seen getting in and out of his truck, you can always expect Andy to help answer your questions in your new home. Here at Bishard Homes, we know that owning a home shouldn't have to feel like work. That's where our Warranty Manager comes in- to make warranties simple again.

With various degrees and certifications- from a Bachelor of Arts and Masters in Divinity to a Certification as a Tissue Banking Specialist, Caleb began his work in production management in the Musculoskeletal department for LifeNet Health. In 2014, he made the switch to homebuilding, joining the Bishard Homes team as a Project Superintendent, overseeing construction on a daily basis at many sites including properties scattered throughout the North End, Old Beach, and Chic's Beach.

With his Masters in Divinity and experience as a Master Technician in Medical Manufacturing, Andrew made the transition to the homebuilding industry three years ago. Andrew has found a passion in the industry for seeing the transformation of a simple piece of land to the finished product for a family to call home- getting to oversee the construction process every step of the way. Andrew is currently managing The Reserve at Grassfield- our first community in Chesapeake, VA.

Mark joined our team as a Project Manager in October 2017 holding a Bachelor of Arts in Pastoral Studies from Northland International University and nearly 13 years of senior sales experience. His passion for skilled, craftsman-style carpentry, passed down from his father, is what makes Mark such a perfect fit for Bishard Homes. Mark loves the challenge that comes with home building and the experience of turning a house into a home- with his own family and our cherished home buyers alike. He manages both Garnett's Walk and other spot build projects around Virginia Beach.

Known as a friendly and efficient face to all of our homebuyers in need of assistance, Dylan handles any and all needs of our customers when it comes to warranty claims. With four years on the Bishard Homes team, Dylan holds his wonderful reputation for service within the company while balancing college at Tidewater Community College. When asked about his favorite part about being on our team, Dylan responded with his love for the fellowship that is cultivated amongst the employees, creating a welcoming, family environment to be a part of every day. He manages many different sites around the city, including our luxury spot builds at the North End & Bay Colony.

Doug earned his Bachelor of Arts in Religion from Liberty University in 2005 before taking on a job in full-time youth ministry for eight years. As a Director of Student Ministry, he learned to be creative and manage a large group of both students and adults- serving him well later on. After admiring the construction and home building industry for many years, and even beginning his own handyman company on his own, Doug became the Project Manager for a National Home Builder. In this position, Doug found a love for creating new communities- building over 65 homes per year for four years. Now, he has joined the Bishard Homes team- bringing the years of quality, training, and excellence to the company. As the Estimating and Purchasing Coordinator, Doug is responsible for estimating what exactly will go into a new home by compiling budgets, purchasing building materials, and securing labor.  He describes his job as "building a home before it's built"- ensuring that every crew and superintendent is well equipped with the data and information needed to build your Bishard home.

As our Office Manager, Melonie gained years of wisdom from experience on the job and many years of payroll and bookkeeping while she raised 3 children. She has loved working for Bishard Homes since the very beginning of the company and has enjoyed watching the company transform from a small business to a large and prominent Virginia Beach name. Her favorite part of working for the company has always been the family environment that Bishard Homes has provided over the years. Within the walls of the office, it feels as though everyone is one big family unit, which drives everyone to love and serve one another as we work together to create the spaces families call home every day.

Leigh graduated from James Madison University with a Bachelor of Sciences in Mathematics and a Master of Arts in Teaching.  She spent five years teaching at a local Virginia Beach high school before joining the Bishard team.  She loves being a part of a dynamic team that works as a family and serves one another well.  As our Online Sales Consultant, Leigh ensures all prospective buyers have all the information they need on any of our communities or spot builds.  She's the friendly face behind the voice you'll hear on the phone and works hard to help you find your dream Bishard Home.

The Latest from theBishard Homes Blog

Why should you use a builder’s preferred lender?

Looking Back: The Story of Bayville at Lake Joyce